Our Maxine…at the Royal Exchange

Posted on November 12, 2014 | Comments Off on Our Maxine…at the Royal Exchange

The good will for Maxine Peake amongst a northern audience at Manchester’s Royal Exchange this autumn was palpable. We love her as one of our own.

Hamlet at the Royal Exchange was a rare treat. Despite the advance hype about Hamlet being played by a woman, within moments I found myself gender blind. Maxine’s first appearance is visually stunning: her short, beautifully cut blond hair, her blue North Korean styled trouser suit. She stands out as she should, as being different from the rest of the Court; set apart.

What is different about this production is the deliberate choice to play it as a domestic tragedy. Something is lost in cutting the menacing outside presence of the threat of war, invasion and the contrast with another Prince who has lost his father. But let’s judge this production on what is presented…

John Shranel playing Claudius the King, Hamlet’s step-father, is great. He is totally convincing in his authority, menacing and strong enough to take drastic action when he realises the degree of threat that Hamlet presents to send him to his death in England…or so he thinks. Gertrude is an elegant queen, out of her depth in understanding what is going on around her.

We are gender blind too, to the roles of other ‘male’ characters being played by women. Claire Benedict’s Player King is as good as I have seen (this is my fifth Hamlet) and Michelle Butterly’s gravedigger brings an immediate freshness to the role with her scouse wit.

The stagecraft at the Royal Exchange is always interesting because of the demands it places on director and cast in engaging the whole of the audience – in the round and on three levels. Sarah Francom deals with it brilliantly. I loved the bareness of the set simply because it makes you concentrate on the language. It makes us all in the audience work hard so that we feel a part of the production.

Maxine Peake provides us with a slow-burning opening Hamlet, gathering power and convincing authority especially on her return to Denmark from England. Although at times her voice lacked power, Hamlet’s intelligence, the strength of her emotional commitment, her disgust at the reach of corruption to the highest levels is never questioned. A Hamlet to be remembered.

A film version of this production will be available in cinemas in March 2015.  Find out more here.

Comments Off on Our Maxine…at the Royal Exchange

A Performance to Treasure…in Salford

Posted on March 25, 2011 | Comments Off on A Performance to Treasure…in Salford

Our Education and Projects Director David Smith has been to the theatre again, but this time to a sell out performance in Salford… 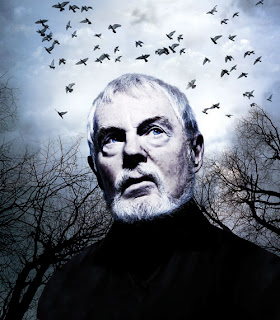 Went to see a play about an old man and his three daughters in Salford. No; it wasn’t ‘Hobsons’ Choice’ – but close….

I went to see ‘King Lear’ at the Lowry – six performances in a 1,700 seat theatre in Salford sold out for Shakespeare!

It was a touring Donmar Warehouse production and did they make the audience work hard! But the cast had to work hard themselves…It was the barest stage I have seen in years; in three hours the only props were a map, a joint stool and a chair! It meant listening, focusing hard on the language; terrific weight of responsibility on the cast in how they handled the language of the play because each scene had to be created through the language. The set – huge walls of monolithic looking ‘distressed’ planks which extend to cover the stage floor – had a feel of a period outside any historical time that we know.

Lear is a foolish old man who breaks up his kingdom and gives it away yet doesn’t understand that in giving his kingdom away his kingship goes with it.

He divides it between two of his daughters leaving his youngest without her rightful share.

It is an incredibly strong cast with a Fool who shows his love for Lear, whilst understanding the harm Lear has done. It is just one of a number of painful contradictions in the play.

But, like all the great tragedies, the play demands a great central performance if we are going to stay in our seats for three hours. Derek Jacobi delivers. He moves from the absolute tyrant who revels in the sycophantic flattery of two of his children whist throwing himself into an incandescent rage at his youngest daughter who speaks the unacceptable truth. He reveals an inner fear of the onset of madness before exposing the torture of a mind breaking and then shows moments of clarity of his perception of his own and the human condition when he is exposed and powerless.

This production offers the most moving climax to a Shakespearean tragedy I have ever seen. A great cry of despair from Lear as he enters carrying the body of his youngest daughter Cordelia. As he lays her on the ground testing her breath with a feather across her lips the whole theatre was silent; 1,700 hundred people so quiet the silence was tangible –an audience hardly breathing until the old man’s heart cracks and we hear the rattle of death in his throat…

A performance to treasure…and in Salford.

Comments Off on A Performance to Treasure…in Salford

Hamlet, One Of The Best…

A recent visit to London gave our Education & Projects Director an excuse to go to the Theatre….

I recently visited my son in London. “Let’s go to the theatre,” he said.

“How antisocial; I’ve not seen you for weeks,” I said, “What is the play about?”

“Oh, you probably won’t like it….it’s about a man who murders his brother to sleep with his brother’s wife, the hero’s girlfriend goes mad and is found drowned, probably murdered – his two university friends are decapitated, he stabs to death his girlfriend’s father, his girlfriend’s brother is killed in a fight, his mother poisoned and her ‘new’ husband stabbed and poison rammed down his throat…..”

“Let’s go,“ I said. So off we went to see ‘Hamlet’ at the National Theatre.

Rory Kinnear is marvellous as Hamlet. He offers the right blend of manic depressive behaviour and intelligent scrutiny of others. It’s the first time I’ve seen an actor smoking on stage used as an anti-social gesture because no-one else does. His problem is not that he can’t act and take revenge; it’s he can’t find the right circumstances to justify his revenge to himself until the end of the play, of course!!! His grasp of Shakespeare’s language and stagecraft is superb.

When Claudius first appeared, I thought, “My God. It’s Berlusconi!” I found his portrayal disappointing and weaker than I would have expected. Certainly overshadowed by the Player King. I have never seen ‘the play within the play’ done better – a totally engaging piece of physical theatre. Great ghost, movingly in torment – how they made him appear and disappear I couldn’t work out.

Surveillance is everywhere; it’s modern dress in an autocratic state – ring any bells? No-one is ever alone; everyone, every room is bugged; cameras are everywhere – set speeches are made for a wider audience with characters – especially Claudius knowing they are being filmed. Even Ophelia’s bible is bugged.

It’s the fifth time I’ve seen ‘Hamlet’; not as good as David Warner’s at Stratford in 1965 – God am I really that old? But well worth seeing, one of the best; and after 4 hours – yes the text has been cut – my bum wasn’t numb…and it’s coming to the Lowry in Salford.

Comments Off on Hamlet, One Of The Best…